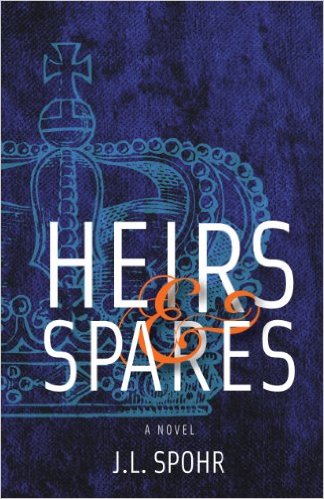 My Thoughts: Engaging Historical Novel That Leaves You Needing More!

Honestly I judged this book by the cover and title believing I had grabbed a Historical Fiction novel to read at my leisure. Instead I found myself reading a historical fantasy which held charming lead characters set in a unknown region during a time of religious and political tension. Page after page unravels more and more of a thickening plot making a reader yearn for more, which luckily I know there's a sequel or I'd be extremely crushed.
The year is 1569 and Troixden, a region just north of France near Germany, has a new king named William II. The world is in political and religious turmoil and William has one key choice to make to placate his people and the royal court; he must choose a suitable queen. Annelore is content being in the country and willing to marry her childhood friend who was recently knighted in an effort to remain near her father and home. Problem is the new king has summoned her to court and she is now to become his queen. Annelore and William slowly fall into their relationship, buts it's clear that politics and religious opposition could break them apart as well as the immediate threat of plots and secrets being created by those closest to them which may destroy them in the end.
Overall, great book with a wonderful plot and cast of characters. Usually I'm okay reading historical fictional set in any time period but I do tend to lean towards England centered reads. So I was pleasantly surprised that this book was out of my comfort zone. My only issues are the genre and dialogue. The genre is definitely more Historical Romance and due to the country and people being more fictional than factual I'd even classify this book as fantasy with some history background. The dialogue in the book at times was a lot more contemporary than the time period would suggest but it helped lure you into the romance a lot easier. I loved the relationship between William and Annelore, though it didn't start off smoothly they grow to love each other in the cutest way. Basically I'm hooked, this book has it all and I enjoyed it, historical things aside, this is a great story that is far from over. So if you are open to a story about a king finding his queen and romancing her while they figure out how to bring their realm peace and ferret out treachery, this book is a good choice.
Posted by hey, it was free at 4:00 AM