Hey, It's A Book Tour for "Love Lonely" by William C. Cole 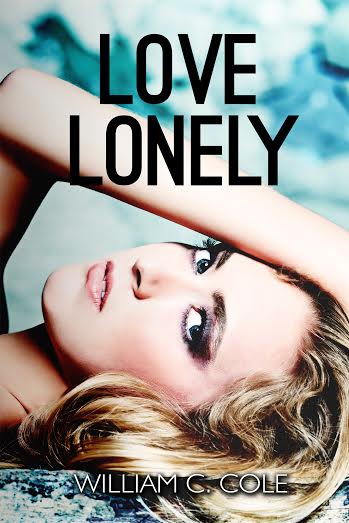 SYNOPSIS
When an injury forced David into an early retirement from his professional hockey career, he accepted a position to oversee the operations of his father-in-law’s thoroughbred horse-racing division.

David’s wife Sandy is referred to as one of the most influential and beautiful women in the world. However, her official role as the family’s philanthropist requires an exhaustive amount of time away from home.

Upon her return from a recent trip, Sandy took notice of her husband’s attraction to his assistant trainer Renée, instantly recognizing the magnetism between them.

Renée is a petite young French girl who is suddenly given the opportunity to work closely with David soon after the head trainer is forced to resign.

Now traveling companions, with each passing day, the sexual tension between the two intensifies. Sandy knows all too well that she is on the verge of losing her husband. Will she be able to alter her existing lifestyle to save him?

Or is it too late… 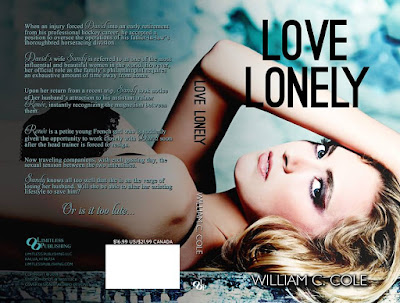 My Thoughts: Deception, Espionage, Affairs and . . . Horse Racing!?
To say this book was unlike any I've read before is a true fact. After reading a few chapters I had to stop and reread the book blurb just to make sure I was reading the right book. The different characters and situations they are set in which are all tied together leave you going Wow! What a story?!

Sandy McGinnis-Watson appears to have it all: a loving caring devoted husband and wealthy doting father, her job is flying around the world as the family philanthropist  asking others for donations towards fundraisers. The only thing is her time away from home keeps her away more and more causing strains on her relationships. Sandy loves her jet setting lifestyle especially when she has something else to do while abroad in foreign lands, but those secrets can't be revealed even to her husband, David. While his wife is away David begins to realize his life is lonely without his wife even with keeping busy in the family venture of horse racing. So when he begins to find the company of the new head trainer Renee an inviting option to his wife's abstinence, David is torn. With each of Sandy's trip pushing the appeal of Renee closer and closer David, the question will be can Sandy fix her lifestyle before losing that which she loves?
Overall, it was a good book which had me reading page after page, but always had me wanting more character and scene development. The story had so many things going for it but too many situations at the same time that had the end wrapping up too quickly. The main characters were Sandy and her husband David, but Sandy and just her life was more than enough to fill a book, in fact I wish the author had kept focus on her more than her husband at times. David as a character was okay but felt unfinished, he feels lonely and begins to seek completeness in Renee who is there when his wife is gone doing her thing. His life could have been a separate story and subsequently the point of the title and book blurb, but when you thrown is Sandy's life and its extra activities the book becomes too overwhelming. Renee as a character is also a complex mystery by the end of the book so I hope in the sequel more is revealed about this character since she is definitely more than a pleasure seeker-live for the moment- horse whisper. My other big issue is the fact there would be scene changes mid paragraphs making me stop reading and double check what I was reading, which really impeded the flow of the story for me. So if you are up for reading a book that is full of mystery, relationships, excitement centered around family and espionage and horse racing, than you may want to try this book out. 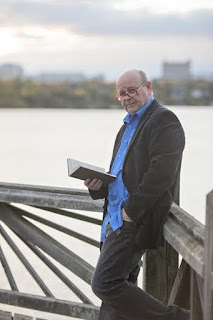 I was born in Toronto and raised in Northern Ontario, Canada, where I currently reside. My wife Diane has been by my side for 34 years, which I believe should propel her directly into sainthood. I have been blessed with an amazing and supportive family.

Creativity has always been a part of my journey. Writing seems to be a natural extension to my years in the music industry, where I had the pleasure of listening to songs I penned being played on the radio.

When not working, sleeping, biking, or writing, I am on the golf course trying to keep up with my sons Lee and Aaron.
Posted by hey, it was free at 6:00 PM